A good course of good quality Probiotics may help. 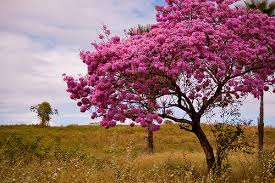 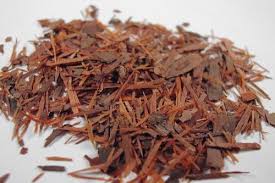 Olive Leaf Supplement is said to be one of the few substances candida is not immune to. Here is an article from NyrNatural News www.nyrnaturalnews.com/article/qa-what-is-olive-leaf-good-for 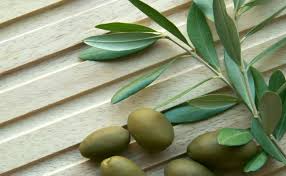 Olive leaf from the olive tree (Olea europaea) is native to the Mediterranean and has been known for its medicinal properties since ancient times. It is the first botanical noted in the Bible, where it is described in Ezekiel 47:12, “The fruit thereof shall be for meat, and the leaf thereof for medicine” – thus its nickname “Tree of Life.”

Olive leaf was first used medicinally in Ancient Egypt where it was a symbol of heavenly power and was part of the formula used to mummify pharaohs. Its first mention in the Western medicinal tradition was in the 1800s in England when a physician reported that a bitter substance from olive leaf tea could heal malaria and associated fevers.

Olive leaf has incredibly potent antioxidant properties, helping to protect the cells of the body. In fact in a study of 55 herbs, it was shown to have the highest radical-scavenging activity of all the herbs studied – more than twice that of Camellia sinensis (green tea) and Silybum marianum (milk thistle). It also has an anti-inflammatory action that researchers suggest may make it a helpful remedy for a whole host of diseases in which inflammation plays a part, including arthritis.

It also supports the cardiovascular system, helping to normalise blood pressure, and also has a strong antimicrobial effect against viruses, bacteria, yeast, and parasites. It may also have some use in treating diabetes.

Good for the heart

In 1960 an Italian researcher discovered that a phytochemical found in olive leaf, oleuropein, dilated blood vessels so that blood could flow more easily throughout the system. This had the effect of helping to lower blood pressure.

Other European researchers have validated the claim and found that olive leaf works in a way similar to conventional calcium channel blockers, helping  it increases blood flow in the coronary arteries.

As an antioxidant, olive leaf extract protects blood vessels from damage and has been shown to be effective in preventing atherosclerosis.

Olive leaf has undergone research into its potent antiviral, antibacterial, antiprotozoan and antifungal properties. Early research by a Dutch researcher identified that a phytochemical called ‘elenolic acid’ inhibited the growth of viruses, bacteria, fungi and parasites. By the late 1960s, research by scientists at Upjohn, a major American pharmaceutical company, showed that elenolic acid also inhibited the growth of viruses. In fact, it stopped every virus that it was tested against.

More recent studies show this potent effect may be attributed to a constituent calledcalcium elenolate – a salt of elenoic acid.

Olive leaf’s broad killing power includes an ability to interfere with amino acid production for viruses; an ability to stop viral infection & spread – it inactivates viruses by preventing virus’ shredding, budding or assembly at the cell membrane; and the ability to penetrate infected cells.

Anecdotal evidence suggests that taken early on when you have a cold or flu, olive leaf extract can prevent or shorten the duration of the infection. It can also be gargled to help combat a sore throat. Because of its antiviral action against the herpes simplex virus it can  also help heal cold sores. It may also be helpful with fungal infections such as candida, thrush and athletes foot. More recent evidence suggests it can help improve insulin sensitivity in diabetics.

The only caution is you should not use olive leaf if you are pregnant or breast feeding, or if you have low blood pressure or are taking medication.

How to take it

Olive leaf has a unique, slightly bitter taste. It comes in a variety of forms including dried leaves, powders, teas and tinctures. Here’s how to take it: